Praia do Barril beach guide, how to get there and where to stay 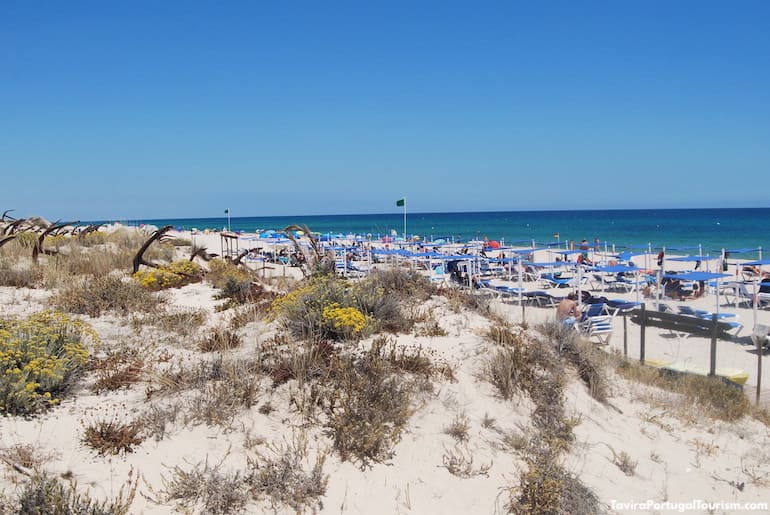 Praia do Barril is one of the most famous beaches in Algarve, thanks to its curious display of over 100 anchors known as “anchor cemetery.” It’s roughly at the center of Tavira Island, which is known for its white sand beaches. 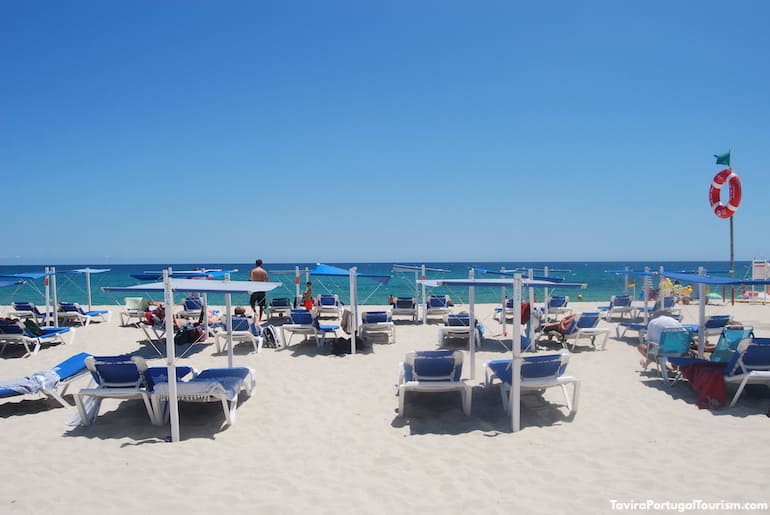 It’s frequented by many locals and tourists but is never crowded. In fact, it’s rather quiet, and to the west it becomes nearly deserted, leading to an official nude beach (Praia do Homem Nu). 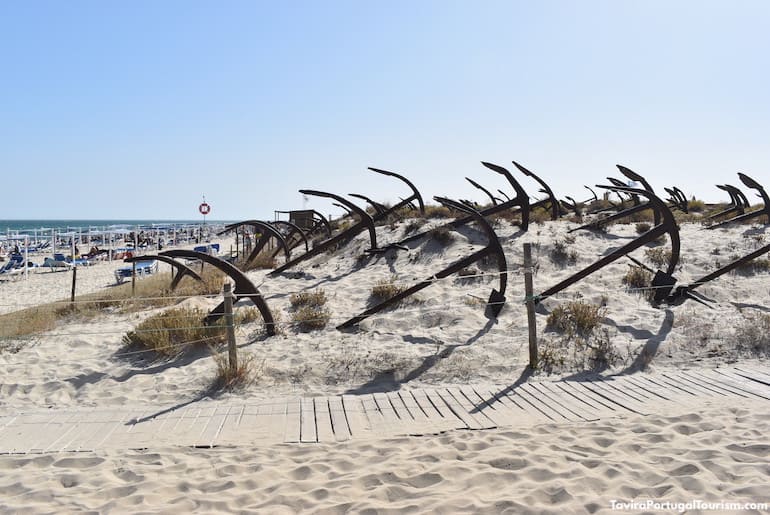 Like the other beaches in the region, it’s very clean and flies the Blue Flag. The water temperature is usually a couple of degrees higher than at other beaches in Algarve, but still refreshingly cool even on the hotter summer days. 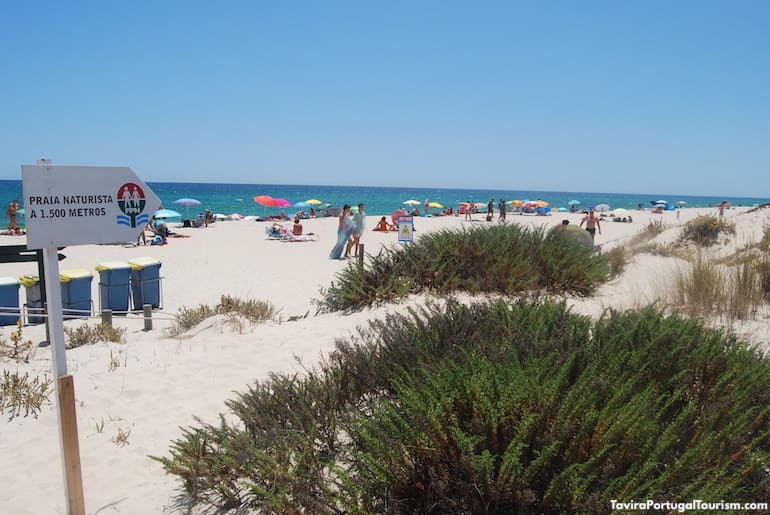 The sea tends to be calm in the summer and there are lifeguards on duty during the official bathing season. Kitesurfing and other water sports are popular here. As there are no cliffs to provide shade, you need to bring an umbrella or rent one of the sunshades if you want to avoid the sun. 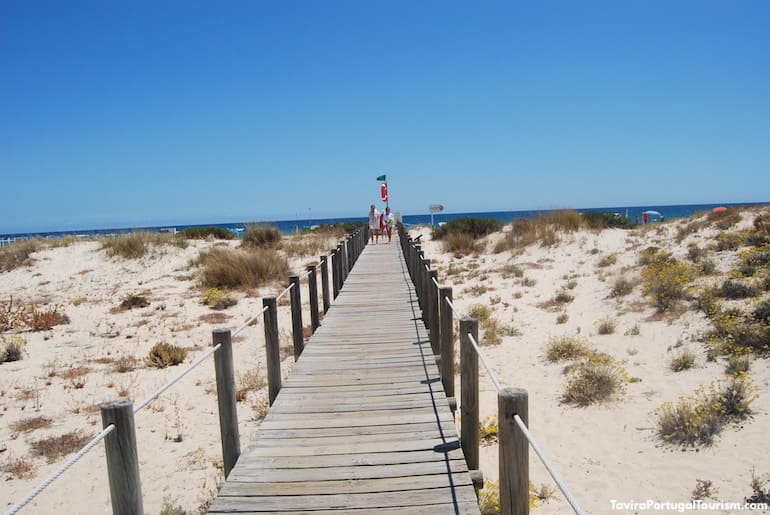 Getting here is part of the fun. You need to take a tourist train or follow a path over the lagoons of the Ria Formosa Natural Park (see transportation details below). For this reason, this is a popular beach for families. It’s also accessible to those with disabilities. 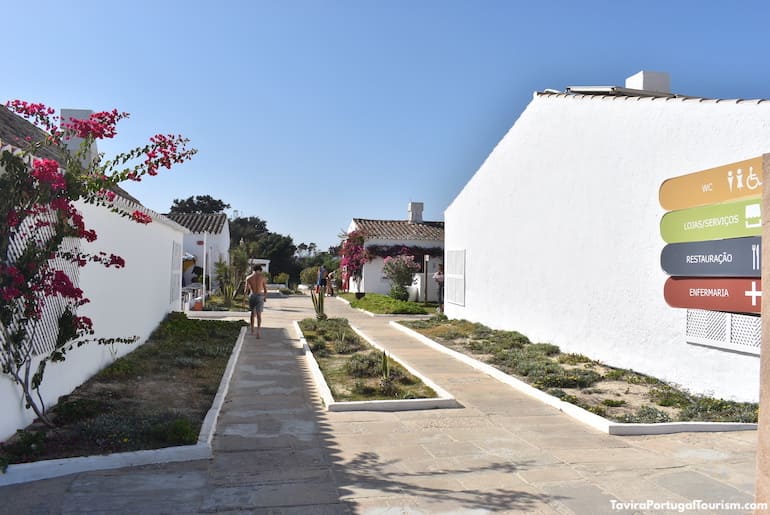 Throughout much of the early 20th century, it was from this beach that fishermen went into the sea looking for tuna. When that industry declined in the 1960s, the fishermen moved to other shores but the anchors (which were used to secure fishing nets, not boats) were left behind and carefully lined up on the dunes. They’re seen across from the buildings used by the fishing community of about 80 people, which lived here between April and September. These buildings have been converted into restaurants and bars. 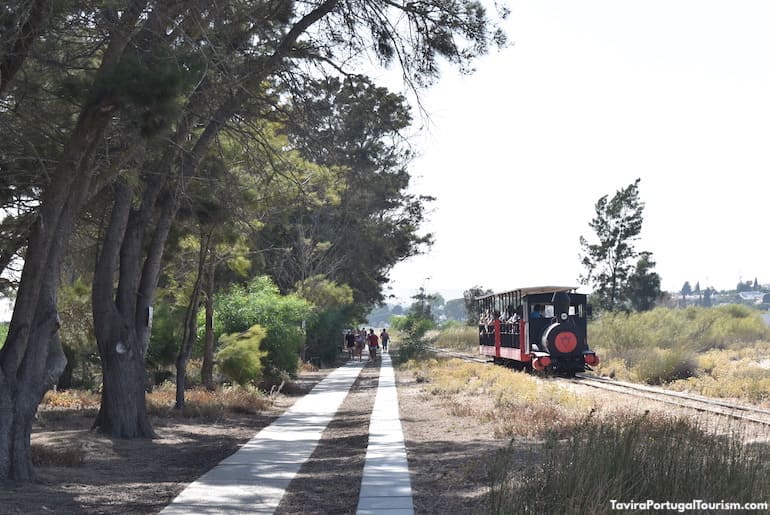 How to Get to Praia do Barril 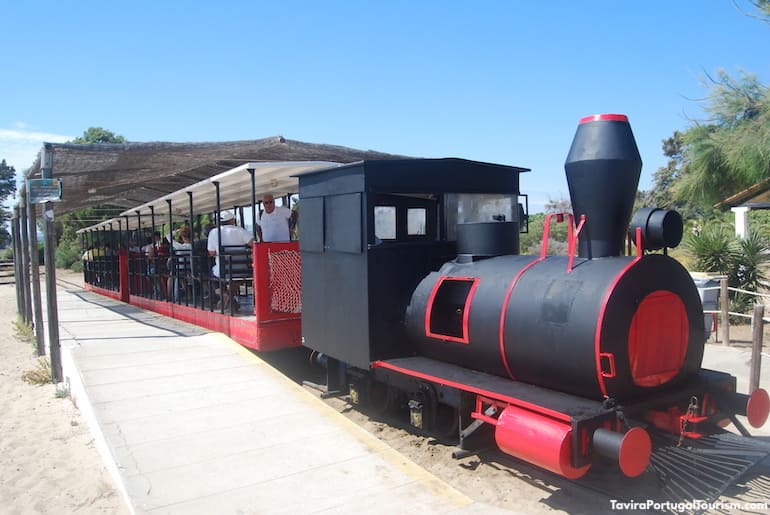 If you enjoy long beach walks, you can get to Praia do Barril by walking west (to the right when facing the sea) for about 40 minutes from the beach of Ilha de Tavira, which is the most accessible from the city of Tavira and also the most popular. For a more direct access, you need to head to the village of Pedras d’el Rei, which is about a 10-minute drive or a 15-minute bus ride away. That bus is number 105, operated by Vamus, but it’s quite infrequent and not in service on weekends (alternatively, take a taxi or Uber). Once in Pedras d’el Rei, you can follow a path over the lagoons of the Ria Formosa Natural Park to the beach or hop on the charming tourist train (which originally served the fishermen on the beach). If you’re driving, you may leave your car on the road (if you’re lucky to find a spot) or on the parking lot a few feet away. If you decide to take the train to the beach, the journey takes less than 10 minutes. Walking takes 15 to 20 minutes. If you’re going with the kids or are carrying bags, you’ll certainly prefer the train. Either way, you’ll enjoy observing the wildlife and vegetation on the way. 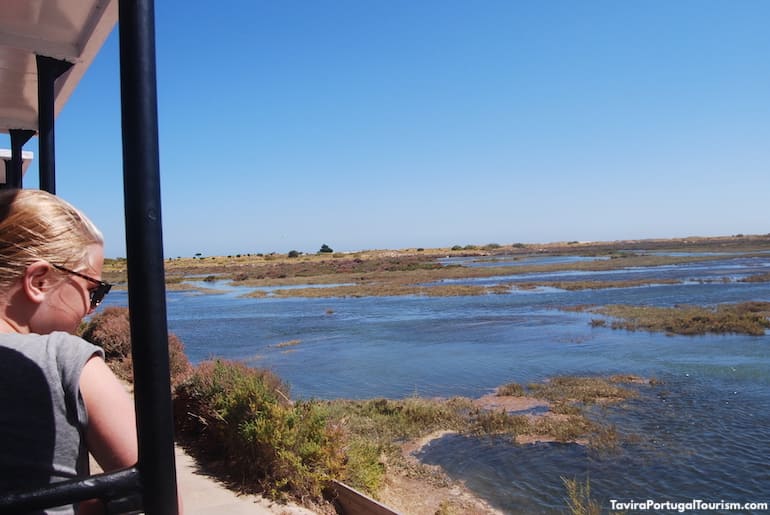 Beaches by Praia do Barril


When you arrive in Praia do Barril, you can walk east (to the left when facing the sea) to Praia da Terra Estreita and the beach of Ilha de Tavira, or head in the opposite direction to the aforementioned nude beach of Homem Nu. There’s another island in Tavira with a similar beach -- Cabanas de Tavira to the east, which can be reached by boat. To the west is the island of Fuseta.
To locate these beaches, see the Tavira beaches map.

Hotels by Praia do Barril


There are no hotels on the island, so you should stay in the center of Tavira if you want to visit this beach. However, there are a couple of properties closer to the beach that you might want to consider: 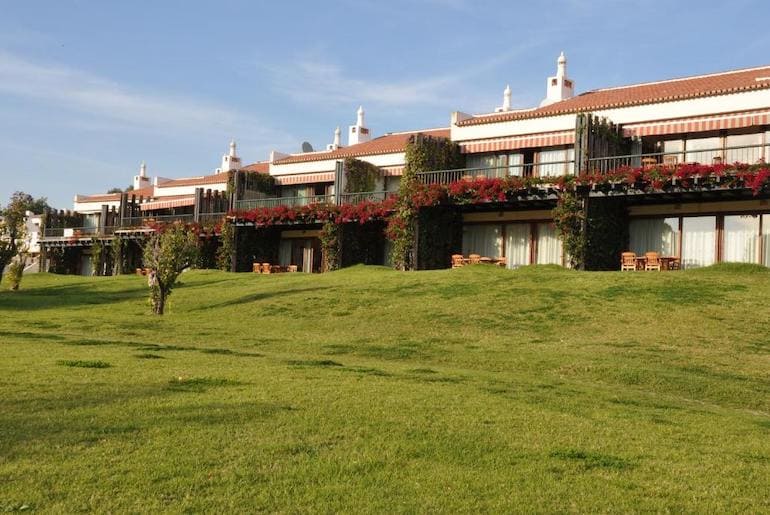 This resort is just a 5-minute walk from the path and tourist train to Praia do Barril. It consists of apartments and villas, and while the interior could use an update, the location and staff make up for it. Guests have access to an outdoor swimming pool, massage services, and a handful of restaurants serving different world cuisines. 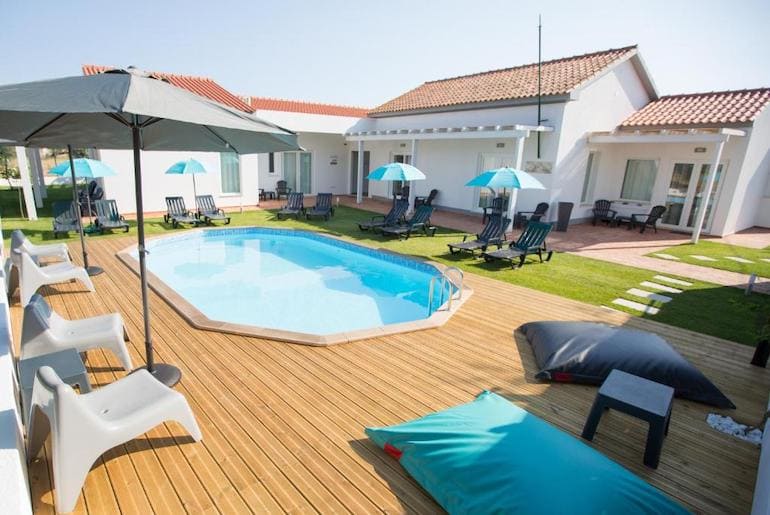 If you have a car, this country house is just a 7-minute drive from the tourist train to Praia do Barril. Guests rate it highly for cleanliness, comfort and welcoming staff. It’s divided into twin and double rooms, and has a small pool outside.